“Without hope, without witness, without reward..”

I never learn with Doctor Who. Every time around I’m resistant, reluctant. Every time I’m convinced I won’t like the new Doctor, it won’t be the same as the old one, he’s too old/too young/too not the current Doctor. And every time I’m wrong.

I fell into the generation gap with Doctor Who. I was six when Sylvester McCoy’s Seventh Doctor finished airing on TV, and though I vaguely remember the re-runs and the odd episode here and there, I didn’t grow up watching Doctor Who. There was no childhood spent hiding from Daleks 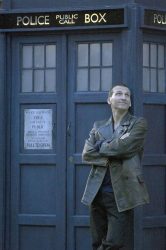 and Cybermen behind the sofa for me. I didn’t watch the movie when it aired in 1996 because Doctor Who really had no emotional resonance for me, so why would I bother? (I watched it later, of course, and whilst the movie was terrible I loveloveloved Paul McGann as Eight.)

So in many ways Christopher Eccleston’s Doctor was my first Doctor, and I was all kinds of crushed when he left at the end of the first season (or twenty-seventh, depending on which way you look at it). “You were fantastic, and you know what? So was I.” I wailed. Sobbed my little heart out. This lanky Scottish bloke David Tennant could never be as good, he 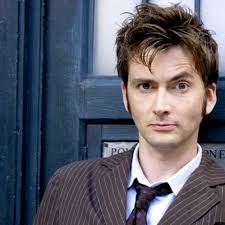 And, of course not. He was Ten. And I loved him. Oh, I loved him. Him and Rose, dashing about the stars. And Martha and Jack and Donna, I loved them all. And when it was his time to go (and he didn’t want to go) I was so resistant to Matt Smith. He was too young, his face was funny-looking, and I made all the jokes about the Doctor’s next 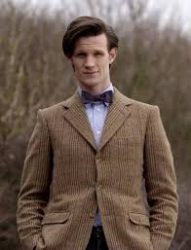 regeneration being a teenager, since it seemed the Doctor was ageing backwards. And then of course I loved him too. Eleven and Amy (and Rory)…

And then Peter Capaldi came along, and again, I was cautious, unsure, not convinced. That sweary chap from The Thick of It? Really? And whilst I never warmed to Clara (I like my companions as audience stand-ins, not ‘impossible girls’) I’ve adored every second of Bill Potts, and I’ve adored Peter Capaldi as the Doctor. 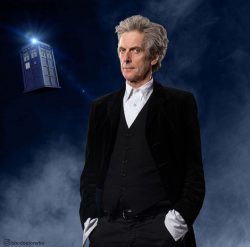 And now it’s time for a change again, and have I learned? Have I heck. I’m cautious, reluctant, hardwired to resist whoever comes along next. They’ll too old, too young, too not Peter Capaldi. And when their time is up too, I know, I know, I’ll be sobbing too hard to see straight.

← Review: The Revolution of Robert Kennedy: From Power to Protest After JFK – John R. Bohrer
Review: Be Free or Die: The Amazing Story of Robert Smalls’ Escape from Slavery to Union Hero – Cate Lineberry →